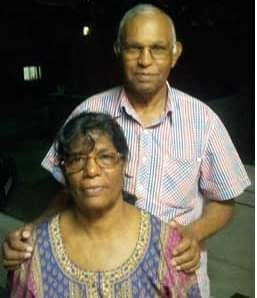 Mike was a Hindu convert. He came from very humble beginnings. He was converted whilst reading the Bible for himself and joined the Jehovah’s Witness. 4 years later he was convinced that Jesus Christ is Lord and Saviour and embraced justification by faith alone. He then joined CESA, studied at the Bible Institute and ordained in the early 80’s. He was sent to Newlands to work under the curacy of Rev.William Farr and later planted the church in Phoenix.

Mike was a tireless church planter, missionary, evangelist in his own right and was passionate for the gospel. He took up a position in Christ Church Hillbrow after leaving Emmanuel Church Phoenix and did quite well albeit with the changing demographics. He was moved to start a soup kitchen. Our late Bishop Edwin Ngubane and Eric Sabela were converted under such a ministry. His passion, vision and drive  moved him to purchase a Hotel in Berea and CCCCC was established. Mike wanted to establish care centres in each of the province with KZN being his 3rd children’s project. Covid 19 and his health halted the project in KZN.

As a loving husband, a great dad, and a passionate gospel minister, Mike leaves behind his wife, Renu, and 3 sons Ajay, Ajith, and Satish with their respective spouses and children.

Faithfulness to Christ, the gospel and the denomination marked his character and he leaves a legacy of an ever expanding church through the conversion of so many people who are missionaries and pastors and good gospel workers.